Loren Dwight Kissick was born in Kelso, WA on January 15, 1925 to Lois (Allen) and Carl Kissick. Loren was the second of three children having an older brother, Theo, and a younger sister, Lila. Loren’s family moved to Tacoma in the 1930’s where Loren attended Mary Lyon Elementary and Stewart Junior High. He graduated from Lincoln High School in 1942. One month after he turned 18, he enlisted in the army. The war had already begun, and he felt it was the right thing to do. He enlisted with several of his high school buddies. They were hoping they could serve together but were all sent to different places.

Loren was 19 years old when he landed on the beaches of Normandy as part of the massive Allied D-Day invasion of Europe. He landed on Omaha Beach near Utah beach on the second wave of D-Day around 4:00. He vividly remembers that the water was red with the blood of killed and injured soldiers. He was the machine gunner on a half-track. He could see a tank firing up on the ridge, so he aimed in the same direction and fired as they left the LTS that had transported them across the channel.

Loren served with the 9th Corps in the U.S. First Army under Gen. Omar Bradley on D- Day before his reassignment to Gen. George Patton’s Third Army, which later became famous for its participation in the Battle of the Bulge — of which Loren is also a veteran.

Loren fought in all 5 major battles as they pushed the Germans back from the shores of Normandy to Saint Lowe and on across France. However, he says the fighting never ended so where one battle ended and the next began is all one huge battle in his mind. Loren was enlisted personnel. He was a private. Miraculously, Loren was never injured in the war.

The youngest soldier in his unit, Loren reportedly believes he’s the only surviving veteran on the West Coast from the 453rd Automatic Weapons Battalion.

After the war, Loren met the love of his life, Anita Irene Kissick. They were married in 1947. He worked as a salesman selling door to door and eventually went to work as a used car salesman. He owned his own car lot for a number of years, then moved on to real estate and mobile homes. Loren and Anita had 3 children-- Gary Kissick, Lori Kissick Hadley and Julie Kissick Malloy-- as well as five grandchildren and 4 great grandchildren.

Loren wanted to return to Normandy for many years but never got the chance because his wife didn’t want to travel, and he was unwilling to leave her. Married for 71 years, Loren’s wife passed away in September 2018 from Leukemia. He was able to attend the 75th celebration this past June sharing this unique experience with his daughters and their husbands. 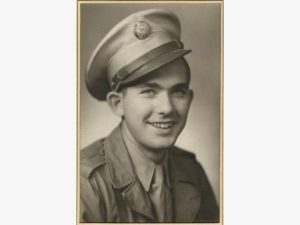 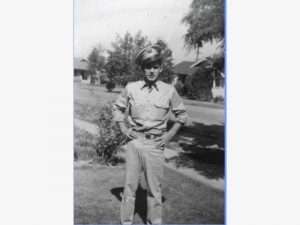 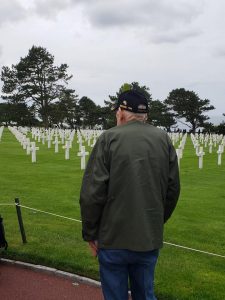 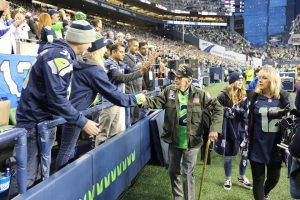 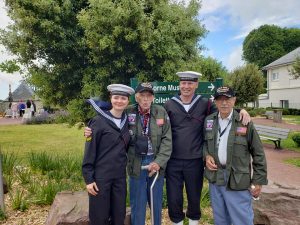 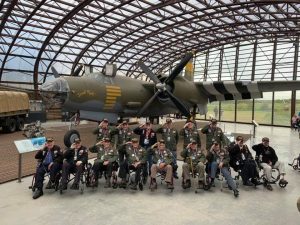